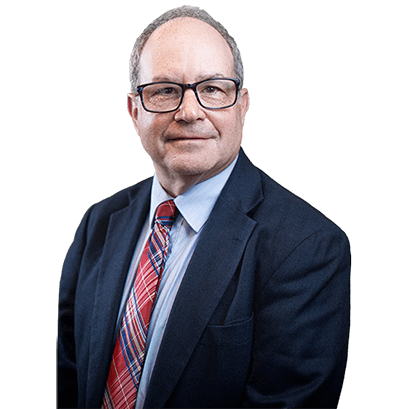 Jeff Klein serves as Of Counsel to the firm, with over 40 years of experience representing insurance carriers, brokers, and financial institutions in regulatory and government relations matters. He has served with an insurance trade association, a carrier, a major broker, and its parent bank, prior to joining McIntyre & Lemon.

Mr. Klein’s practice includes counseling insurance carriers, brokers, agents, and financial institutions on federal and state compliance and risk management obligations; advocacy before state banking and insurance regulators, including the National Association of Insurance Commissioners, where he has served on its Industry Liaison Committee, and on the Board of Directors of SERFF, an industry-NAIC collaboration on rate/form filings reform; representation of clients in state agency examinations and audits; and the following specific areas of insurance law: property and casualty insurance, employee benefits and health care, captive insurance companies, title insurance, legislative representation and lobbying, and legislative drafting.

Mr. Klein worked from 2006-2017 at BB&T Bank and BB&T Insurance Holdings in several legal positions, where he counseled the bank and the bank’s retail and wholesale insurance brokerages in compliance and government and regulatory affairs.  He was Senior Vice President & Associate General Counsel until September 2017.  Prior to joining BB&T, he was with Royal & SunAlliance, USA, the American Insurance Association, and the New York City Corporation Counsel’s Office.  Mr. Klein has represented clients on the Legal Counsels Working Group (past chair) of the Council of Insurance Agents and Brokers, was a member of the Insurance Working Group of the Financial Services Roundtable, and served on several committees of the American Bankers Association and on several state bankers associations.  He was also the past chair of the American Insurance Association’s Government Affairs Committee (n/k/a the American Property Casualty Insurance Association).